Menu
Our 400th Anniversary - Rescheduled to 2021
Please stay up to date by checking our website later for information.
Learn More
The Maryland Mayflower Society salutes the Mayflower II as she returns to her home port of Plymouth, Massachusetts.
Plimoth Plantation announced that, following a more than three-year, multi-million-dollar historical restoration in Mystic, Connecticut, the Mayflower II will soon arrive in Plymouth Harbor. The fully-restored, 64-year-old replica tall ship will be making a port stop at the Massachusetts Maritime Academy on Saturday, August 8th before making its way to Plymouth on Monday, August 10th. For more information visit the Mayflower Society and Plimouth Plantation on your preferred social media platform. Or, visit: the Plimouth Plantation website here. Photo Credit: Plimouth Plantation.
More Information
Attention all Stamp Collectors!
The United States Post Office has launched its Mayflower 400 commemorative stamp. You may obtain these forever stamps at your local post office or you can order sheets on line here:
Purchase Today
Previous
Next 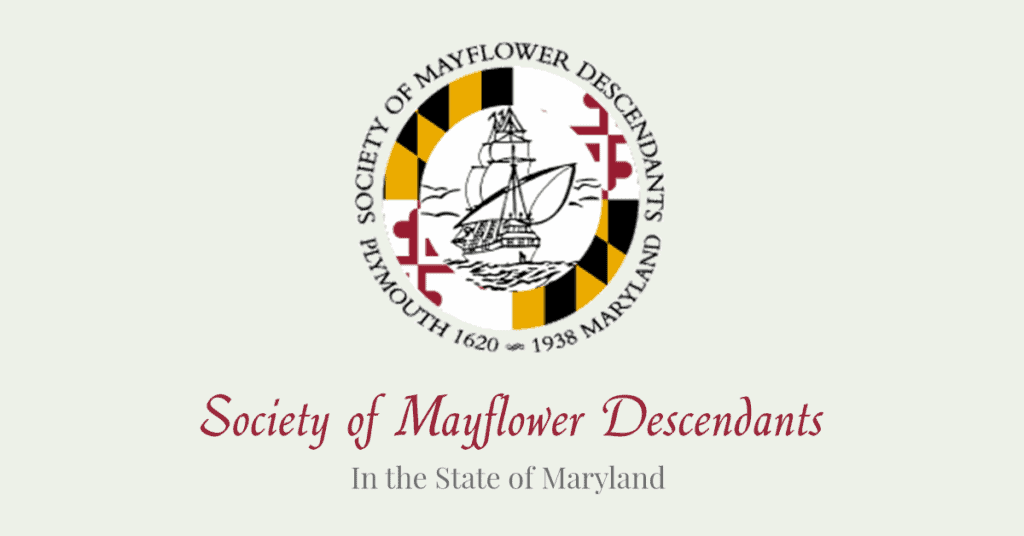 Meet the New Board

View Our Board Members 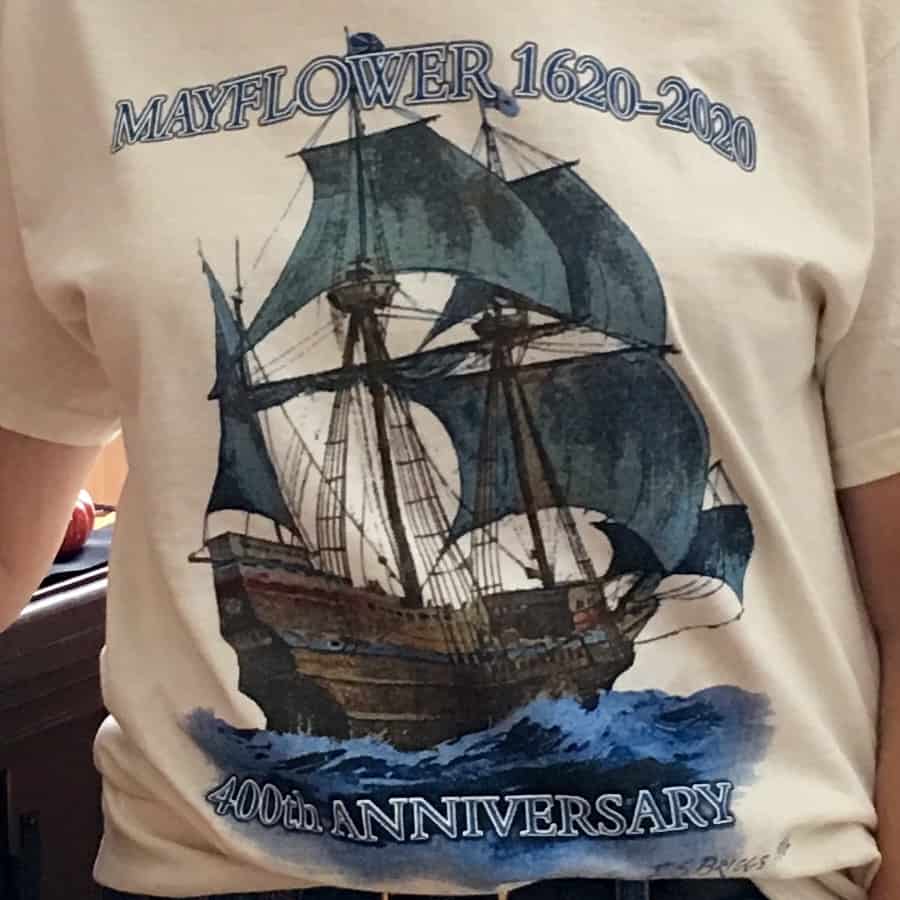 In honor of the 400th anniversary of the Mayflower voyage and founding of Plymouth colony, our Society is offering exclusive t-shirts featuring artwork by our member, Fritz Briggs, who is a renowned master watercolor artist.

Registration Opens Friday 13.12.2019 at 8:00 AM
Do not delay registering!  Spaces are limited and on first come first serve basis.
More Registration Information

Spring Dinner - Cancelled Due to COVID-19

Join us for our annual Spring Dinner! You can find more information including registration by clicking the button below!
More Information

The Society of Mayflower Descendants in the State of Maryland

In remembrance of the Pilgrims who were the first English settlers of New England, their descendants founded the General Society of Mayflower Descendants on January 12, 1897. The General Society is a federation of 52 State Societies, consisting of the 50 States, the District of Columbia and Canada. 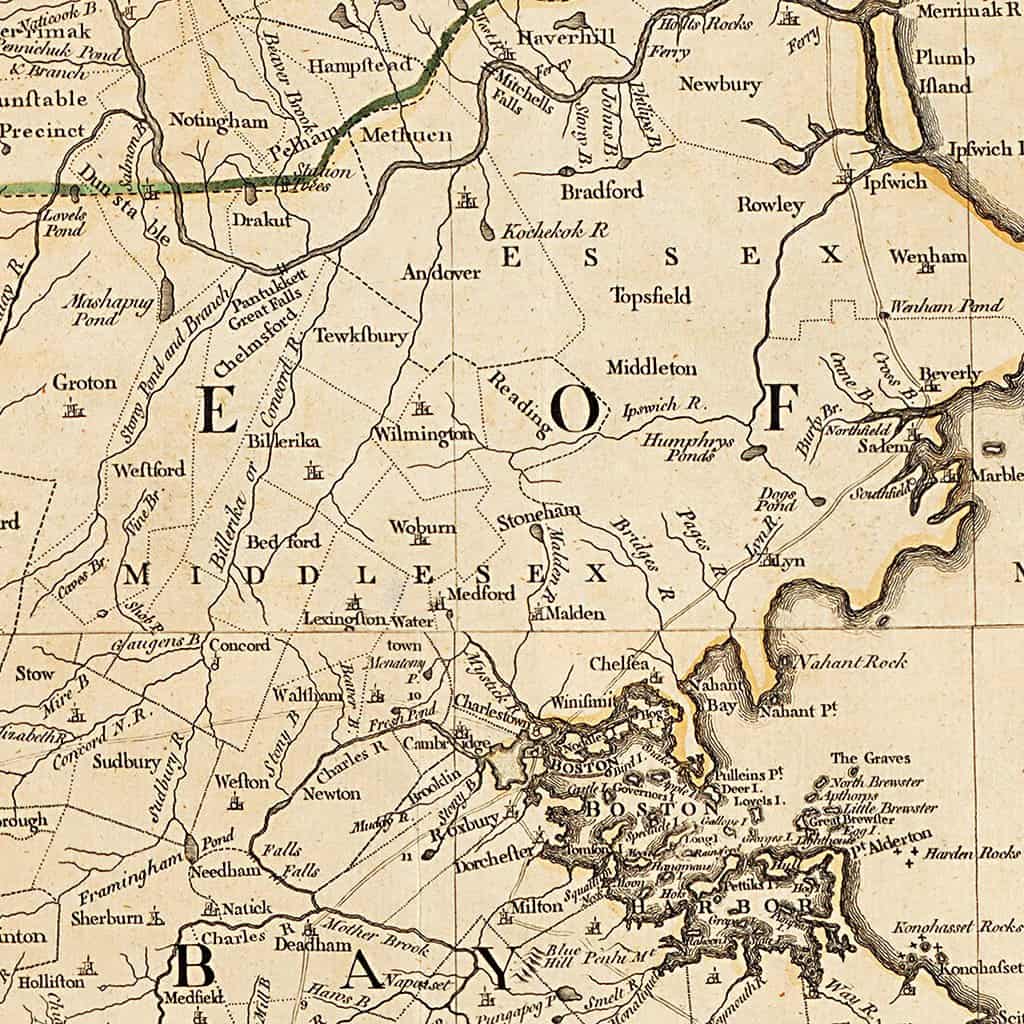 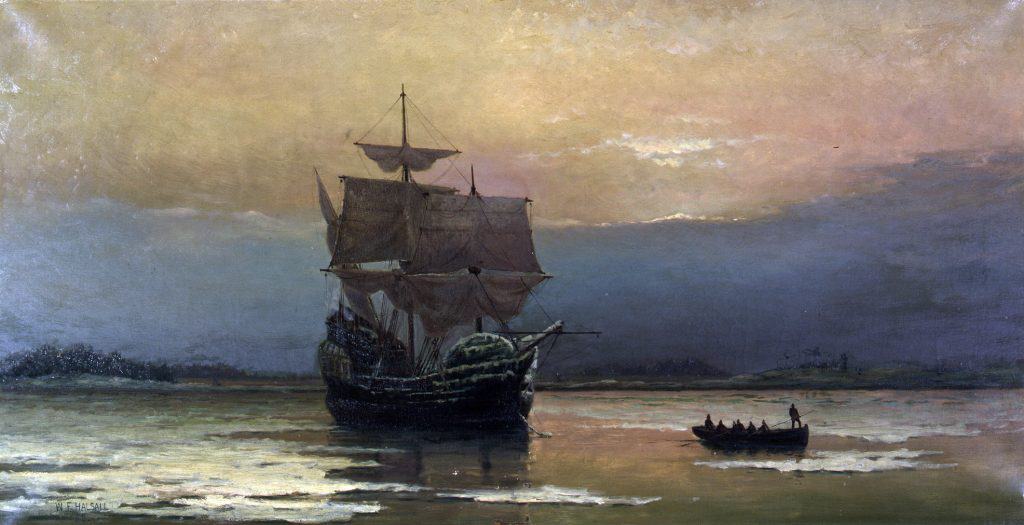 About The Mayflower Society

In remembrance of the God-fearing and dauntless Pilgrims who were the first English settlers of New England, their descendants founded the General Society of Mayflower Descendants on January 12, 1897. The original State Societies were those of New York, Connecticut, Massachusetts, and Pennsylvania.

The General Society is a federation of 52 State Societies, consisting of the 50 States, the District of Columbia and Canada. The Society of Mayflower Descendants in the State of Maryland was chartered on March 4, 1938 and organized on March 5, 1938.